Exactly one year ago yesterday... I moved to Spain. 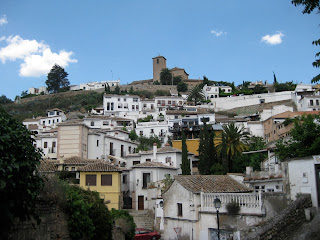 The four and a half month I lived in Granada, in a piso overlooking Meat Street were the best months in my life. I learned that I could live on my own, be independent and adapt to new situations. I learned that sidewalks in Spain are either non-existent or slippery when wet. I learned to never accept the rosemary from the gypsies or else I'd be robbed. I learned that people have no problem having sex in an apartment lobby and that if you wear shorts and flip-flops in public people will call you a puta.

But most importantly I learned that there's bigger and more important things in the world than you can ever imagine. 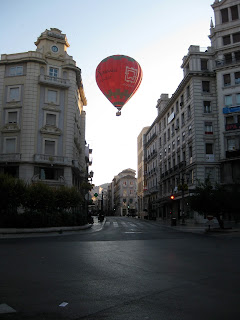 There is not a day that goes by that I don't wish I could be back in Granada. Then I take a step back and remember that everything comes to an end. In some ways, it seemed like a fake life. I had no worries or responsibilities. Classes were ridiculously easy and some of my biggest problems were trying to find the cheapest hostel for my next weekend getaway.

I met so many amazing people and I was lucky enough to bring some of them home with me. For those who are in other states and countries, I'll see you soon.

When i look back on my semester in Spain the only regret I have is not spending a full year in that gorgeous city. 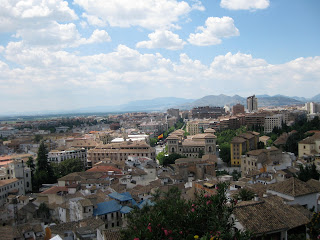 I finally paid off my credit card debt from my travels! I (sorta) quit my job at Cracker Barrel (aka Crack Bar) because I found something much better.
I am now a staff reporter at the UNM Daily Lobo. If you want to read my breaking news articles, go here.
I still work as an office assistant in the foreign language department, but not as much as I did last year. I finally have free time!

I'm applying for every internship I find. Ideally I would like to live in D.C. for the summer (I'm coming for you Mike!) but I'll accept anything I can get (But I'd prefer ABCNews).

I will officially be a college graduate in December! I can't imagine life out of school so it will be an interesting adjustment. I decided that if I can't find a real journalism job, then I'm going to apply to be an Au pair and move back to Europe for a year.

I'm thinking of starting a new travel blog about New Mexico. If I do I'll post the link. 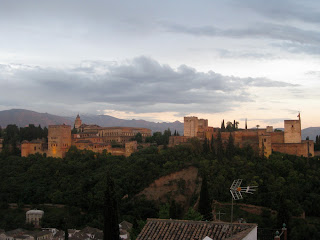 As far as that list of goals I made, here is an update:

1. Become more outdoorsy. Right now it's really cold outside so I prefer to stay indoors.

2. Learn another language. Learning Hungarian is low on my priority list, but I'm taking two Spanish classes this semester instead of just 1.

3. Start my novel(s). After taking creative writing this semester, I have a better idea of what direction I want to take my stories. Chapters have been written but it's still a work in progress.

4. Compete in running competitions. I'm pleased to announce that I will be competing in the Warrior Dash! It's a 5k complete with different obstacles. Training started yesterday. 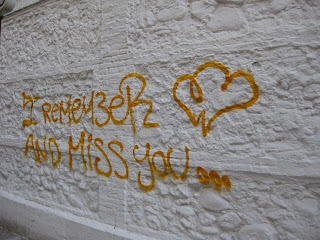 That semester changed me for the better. When I think about Granada and my travels and all they taught me, I can't help to ask some questions:

What do you think the Dutchman is doing with his life? Did he move to Cadiz like he wanted, or is he still in Granada creating art that no one buys?

What about Lauren's lover, Juan, and his creepy grenade friend? What are they doing with their lives?

And Vincent? And Carlo? And José?

Is Poe still as delicious as I remember? (OMG I'd kill to have a piri-piri or coconut chicken)!!!

Did that guy in London ever find some cocaine?

Did that crazy man in Nerja ever find that missing little girl that was taken from her real mama and papa?

Does this make me a groupie? (Only Lauren can answer this question).

What was that weird vegetable that Lauren questioned?

Is the bread man still selling his bread outside my piso?

Are there still creepers hitting on American girls in the clubs because they think they'll sleep with them?

Is that old lady with Alzheimers still protesting in Barcelona?

Will I ever get the chance to seduce Enrique Iglesias with my beautiful Spanish words?

Why does Bryce hate Prague?

and last but not least...

Where can I find fried chocolatey goodness? 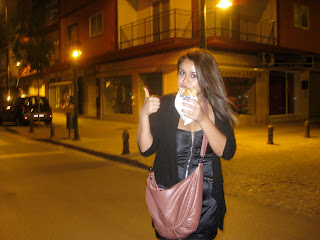 Ashley
I'm just your average student living in Granada, one of the most beautiful cities in Spain. Follow all my travels around Spain and a few other parts of the world and hopefully you'll be inspired too.